In Memory of Robert M. Hatcher 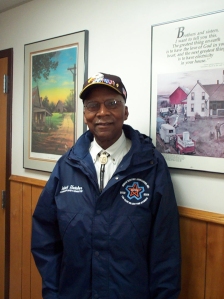 We are saddened by the loss of former KEA Director Robert (Bob) M. Hatcher, as we received word that he passed away this morning in the Providence Kodiak Island Medical Center.

Bob placed continual strong emphasis on the safety and health of employees, was diligent in his support of annual safety training about electricity for elementary school aged children to make them aware of potential dangers in their home or community, and was instrumental in KEA’s achievement of the National Rural Electric Cooperative Association’s (NRECA) Safety Accreditation through the years.

Bob received numerous awards in recognition of his achievements and contributions to rural electrification efforts, including the Alaska Power Association’s (APA) Special Recognition Award in 1999 for his contributions to the industry; the Northwest Public Power Association’s (NWPPA) John M. George Award in 2000, recognizing officers of member systems that have demonstrated remarkable service to public power; and APA’s Mason Lazelle Award in 2001, the Association’s highest honor recognizing individuals who have made outstanding contributions to rural electrification efforts in Alaska. The APA honored Robert M. Hatcher by creating the Hatcher-Williams-Turkington Employee Award, an annual award recognizing employees of the electric industry who provide exemplary service to their employer and community.

This entry was posted in Board of Directors. Bookmark the permalink.